Question from the classroom:

“How can I control the closure of caps when using Live Paint?”

Let’s first look to see why this question came up. An image of a character was placed into Illustrator and was converted from a bitmap image to a vector image using Live Trace. The Live Paint Bucket Tool was then selected and the delegate started to color in the character.

Illustrator has Gap Options which can easily be found by going to Object > Live Paint > Gap Options. The settings used can be seen in the screenshot.

The red line joining the hairline and ear shows how the Gap Options wants to close the gap, which the delegate wasn’t happy about, they wanted more control, they wanted more sideburns, hence the question “How can I control the closure of caps when using Live Paint?”

First the ideal shape for the closure was drawn, as shown in blue. The character and the blue line were selected and merged by choosing Object > Live Paint > Merge. 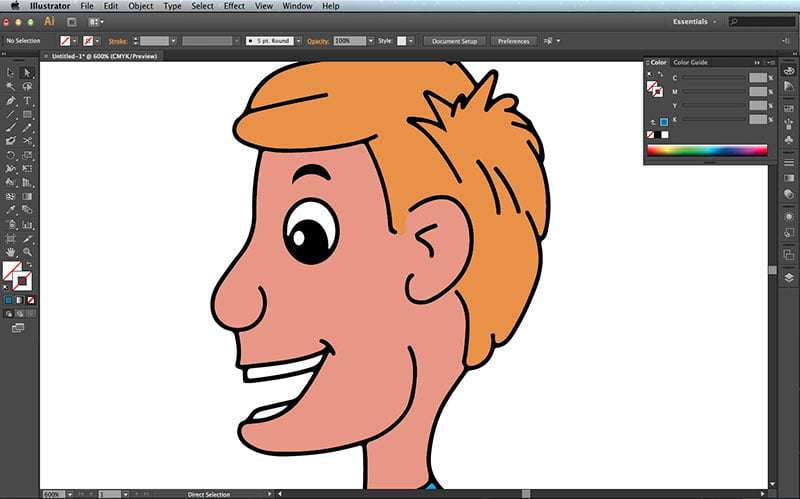 Using the Live Paint Bucket Tool colour could be added to just the face. The line color was changed to none to hide it. See screenshot above.