Why Becoming a Developer Will Earn You The Big Bucks!

Developers are among the most highly sought-after tech professionals in the workforce, with increased demand and talent shortages. Since technology is advancing so rapidly, each business has become a tech company to some degree and requirements now range from software engineers to front-end Developers.

If you’re considering becoming a Developer and but aren’t sure whether it’s a good idea, here are a few statistics you may want to consider:

What is the average developers’ salary 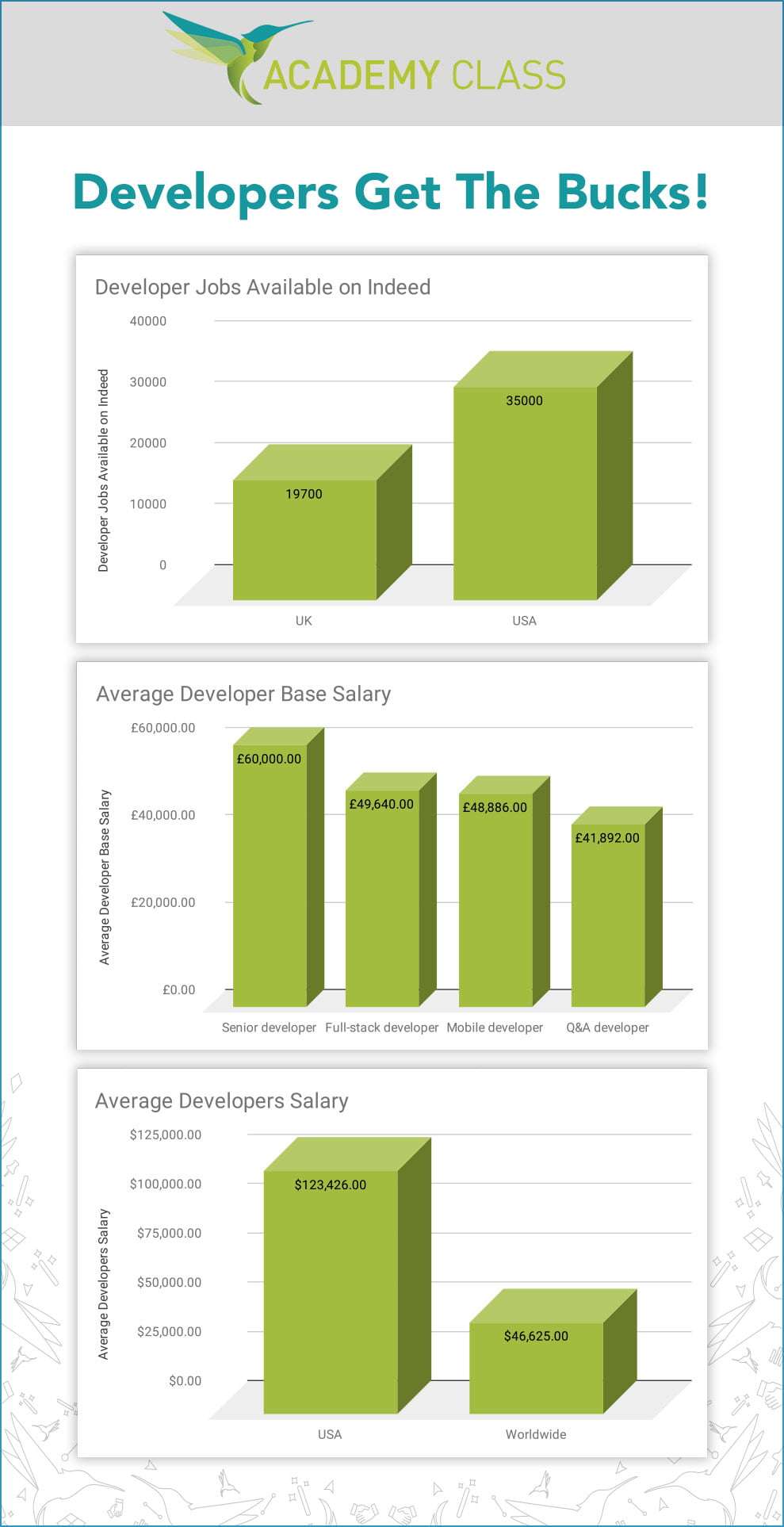 Here are some average reported base salaries in the UK, drawn from Glassdoor:

According to Glassdoor, the average salary for a Senior Developer based on 312 anonymous salary submissions is £60,000/yr.

Now that we have shown you all of the amazing reasons to become a Developer, let’s show you what the first steps to Becoming a Developer are.